How To Stand Out From The Crowd 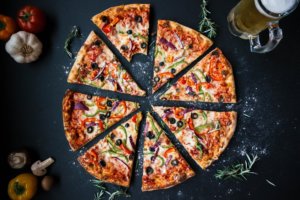 I reviewed hundreds if not thousands of resumes during my 20-year corporate career, and during that time I discovered a simple yet powerful way to stand out from the crowd.

When I was applying for my first job right after college, I included an additional section at the bottom of my resume that was really intended just to fill up space. I titled it “Miscellaneous,” and it contained just two items: first, that I was a licensed bartender; and second, that I was a big fan of The Simpsons.

Almost without fail, every interview I went to started with either “Can you make this drink?” or “Did you see that episode?” And in every interview, I was immediately comfortable because I was talking about what I knew. (Side note: Being a keynote speaker is kind of the same thing; if I’m talking about customer experience I’m extremely comfortable, but if I had to talk about physics I would be extremely uncomfortable.)

But at first, I was worried if not a tad insulted. Why weren’t the interviewers interested in my academic accomplishments or extracurricular leadership activities?

The answer, as it turns out, is that they were trying to figure out if I was a person with whom they wanted to spend every day at work. They wanted to know who I was as a person, not just as a bunch of bullet points on a document.

Today, on the About Dan page of my website, I share 18 random facts about me that have absolutely nothing to do with my speaking ability. For example:

In any case, the conversation starts off with friendly banter that helps them get to know me better, to determine if they want to spend an entire day with me at an event or conference.

You may be thinking that you don’t have any interesting random facts, but you do. I just reached back into my life experiences and picked out some things that I thought were cool. You have them too. Here are some thought starters:

The point isn’t to impress people, it’s just to start a conversation. These are like automatic ice breakers, meant to show the human being behind your resume or fancy website.

If you want to stand out from the crowd, as a potential employee, as a salesperson, or as a business owner, figure out what makes you unique and then tell people about it. We do business with people we like, and sharing your personal stories makes you instantly more likable.

What’s your favorite random fact about Y-O-U? Click on one of the “Share this” buttons below and be sure to include your random fact in your post!

Image by Igor Ovsyannykov from Pixabay.