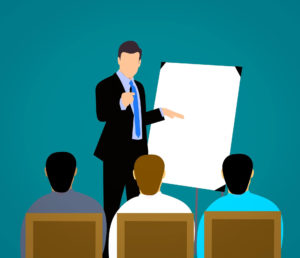 Throughout my career in Corporate America, I always taught my teams the importance of learning “enough to be dangerous” about the rest of the company.

Examples of Learning About The Company

For example, at Discover Card, I worked mainly on the credit card side of the business, but I tried to learn about other areas of the company and then share those learnings with my teams. The student loan, home loan, personal loan, banking, merchant network, and international parts of the company all had their own teams, goals, and strategies. Understanding how everything fit together helped me see things from a C-level perspective and become a better leader to my teams.

At Humana, my team oversaw all digital marketing efforts, but I thought it was important that we also understood what was going on in direct mail, television, and other marketing channels. In one fascinating test, we learned that late-night television commercials were causing an increase in Google searches, yet oftentimes our daily budget limits had already been hit so we were missing marketing opportunities. This was a simple fix that resulted in higher sales overnight.

At McDonald’s, I worked on the international side of the business in social media, but of course paid close attention to what was going on on the domestic side. It was also critical to understand things like menu development, promotions, branding partnerships for Happy Meals, franchisee relations, and more, because these issues often came up in social media listening.

Here are three ways you can learn more about your company and become better at your job:

One of the best ways to stay abreast of all the goings-on at a large public company is to listen to the quarterly earnings calls. I always tried to gather my team in a conference room so we could listen to them together, paying special attention to two things:

This activity gave the team a great sense for the priorities of the company, and where we fit into them. It also gave the team a chance to ask questions about what they heard, which I did my best to answer (or, I knew enough to be dangerous to be able to find out the answer from someone else!). I was often reminded that many employees lack even basic knowledge about finance and how companies make money.

If you work for a private company, make sure your team attends all-employee meetings and executive updates, and encourage them to ask questions.

I also encouraged my team members to network with their colleagues in other divisions. Often we think of networking as being an external activity only, but in a large company, networking internally is just as important.

A measure of success for me was when I could hold at least a few minute conversation about any area of the business, and also be able to refer someone to the resident expert in that area.

Why is this important? Because we never know where a prospect’s first interaction with our company will be. instead of being with a marketing campaign, it might be meeting a neighbor at the grocery store.

It is important for that first interaction be positive, giving the prospect a sense about the quality of people working for the company.

I felt that I often contributed to customer growth simply by talking about my companies on stage, on LinkedIn, or with friends at a cocktail party.

Countless times, for example, when I got off stage at a conference after talking about Discover, audience members came up to me and said they were going to apply for a card after hearing me speak so positively about the company.

Learning by Growing Your Career

Knowing enough to be dangerous is also positive for employee development.

Too often, employees get stuck in the same or similar roles for too long. One of the things I always liked about Discover was at the company not only allowed, but even encouraged, movement among its employees. As a result, I had five distinct roles during my nearly 10 years at the company, making me a well-rounded generalist marketer.

Similarly, by learning about other parts of the company, employees may become interested or passionate about a new area, creating the opportunity to try something different and contribute in a new way to company success and career growth.

Take a moment today to inquire about a part of the business with which you are not intimately familiar. Learn about a different product or service, a different area of the company, or even a behind-the-scenes operational aspect of the company. It will help you become more knowledgeable in your own role, better able to serve your customers, and a better leader for your employees.

Related: How To Manage Work From Home Employees