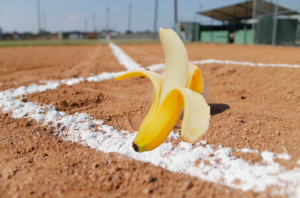 So how in the world does the team sell out every single game and have a ticket-waiting list that is thousands of fans long?

It’s because of Cole’s relentless focus on the fan experience, a strategy he calls “Fans First.”

“We have a Fans First playbook that every single person on our staff goes through,” Cole said. “A player can’t put on a uniform until they go through our Fans First U. onboarding. An intern goes through it; a game day staff member goes through it. We spend so much time on teaching Fans First because that’s who we are.”

But What’s Wrong With Baseball?

Being a big baseball fan myself, I asked him what exactly is wrong with baseball today.

“It’s too long. It’s too slow. It’s too boring,” he said. “You get nickeled-and-dimed. It’s about corporate money . . . [When] you watch a baseball game, look at the people behind home plate. Very few people are actually watching the game. They’re on their phones. They’re talking to people. That’s a problem.”

“Then the next problem,” he continued, “is they leave the game in the middle of the game. When was the last time someone came to a great movie and was like, ‘Oh, it was a great movie. I left in the middle.’ It doesn’t happen. Yet [in] baseball it happens every single night. So there’s fundamental problems and unfortunately, baseball is not doing anything about it.”

Cole’s answer as to why baseball isn’t doing anything about it is simple: money.

“The challenge is if you have tremendous success and you’re making billions of dollars, which Major League Baseball is, why would you change? They’re making more money every single year; every single year the TV rights [are] getting bigger, the sponsorship deals are getting bigger, but their attendance is declining dramatically. Why would the owners fundamentally change their model to be more about their fans?” 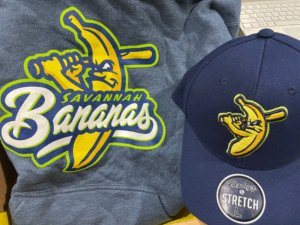 Here is just a sampling of the sights you might take in at a Savannah Bananas baseball game:

And to answer the nickel-and-diming complaint of typical baseball games, every ticket is all-inclusive so fans can eat and drink whatever they want.

In fact, more than 150 promotions, skits, games, songs, and dances might be performed during a game. And while there are a few regular bits, every game day experience is intentionally different.

Don’t Be Afraid To Fail

One thing that makes the Savannah Bananas’ success so remarkable is Cole’s willingness to try almost anything.

“There was zero strategy in the beginning; it was mostly just test and experiment,” he said. “So the first step, we said, ‘All right, what can change the perception? What can we be the only one doing?’”

That question led to the choreographed dancing idea, where Cole brought in a local dance instructor to teach the players how to dance.

“Fans started going nuts; they wanted autographs,” Cole said. “I remember going through the crowd and a woman put her arm over on her husband and said, ‘Shut up, honey, they’re about to dance.’ It was like, ‘We got something.’”

So Cole doubled down on entertainment—the crazier, the better.

“What are the most unique things we can do to get people to leave and say, ‘You wouldn’t believe what happened at the ballpark tonight,’” he said. “And that’s not a baseball game. Everyone has seen a home run. Everyone has seen a strikeout. So you need something people haven’t seen, and you can’t rely on the sport because the sport is a hundred years old.”

“We can’t be the best in baseball,” he added. “We can be the best at the entertaining, [with] baseball as our stage.”

Many ideas emerge from a concept Cole dubs “Ideapaloozas,” which are held monthly to encourage employees to come up with the next great entertainment idea and answer the perpetual question of “What’s next?”

“We all have one job; everyone’s job is to entertain our fans—that’s it,” Cole said. “There’s no difference between a player or a front office member, a game day staff member, or an owner, or president . . . Everyone knows when the gates open up, we’re always on stage. Every game is someone’s first game, and so that’s the mindset no matter what your ‘level’ on the team.” 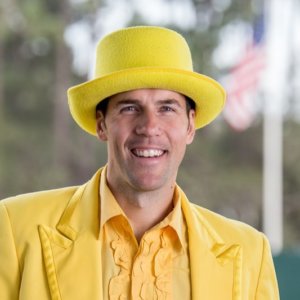 Does all the goofiness end up offending the sensibilities of an actual baseball fan?

“One thousand percent,” Cole said. “Of course it insults and upsets traditional baseball fans, and we’ve lost some of them, but that’s not who we’re targeting.” [Though this die-hard baseball fan thoroughly enjoys all of the “Banana Ball Rules” employed by the team to make the game more fun.]

Cole recalls losing some season ticket holders early on who said, “It’s just too much of a circus.” Cole’s response: “Perfect. Tell everyone that.”

“Our target audience is anyone who really wants to have fun, not take themselves too seriously, and aren’t stuck on the old ways of doing things, which is a much bigger opportunity than the people that are the traditionalists,” he said.

How well do Cole and the Bananas appeal (a-peel?) to the target audience?

“When we did things like everyone else, we sold two total season tickets in our first three months . . . Even Little League teams didn’t want to go to our games,” Cole said. “Now, because of the experience, we have a priority waitlist up to 5,000 and every single game is sold out.” (The team’s road games typically have only a few hundred fans, something Cole says is “depressing.”)

So what advice does Cole have for other businesses?

Excerpt from The Experience Maker: How To Create Remarkable Experiences That Your Customers Can’t Wait To Share, available on Amazon, Barnes & Noble, and BulkBooks.com. For more on The Savannah Bananas, check out episodes 71 and 159 of the Experience This! podcast, as well as my recent experience calling in to MLB Network Radio to talk Banana Ball!

Original baseball photo courtesy of Pixabay, with banana image courtesy of Canva. Some links may be affiliate links that earn this site a (very small) commission but do not affect your price.