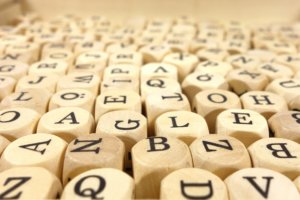 Every point of communication between a business and its customers is an opportunity to enhance the customer experience. In particular, the language companies use can either educate or confuse. Here are two stories from my own experiences that definitely qualified as confusing.

At a local gas station, drivers can redeem rewards earned at the grocery store for discounts on gas. The only problem? Redeeming that reward can be a little tricky.

Then you see three choices associated with buttons next to the screen: Credit, Debit, and Rewards. You choose Rewards because you want to redeem your grocery points. 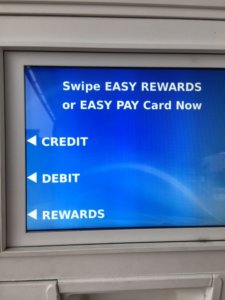 The next screen says “Select Reward,” and again, you face three button choices: Rewards, Jewel ID/FR, and Cancel. You’re pretty sure that “Cancel” isn’t right, but you just chose “Rewards” on the last screen so that one is a bit confusing. Unfortunately, you don’t know what a “Jewel ID/FR” is either, although Jewel is the name of the grocery store. Feeling a bit like Indiana Jones in The Last Crusade, you choose Rewards again. 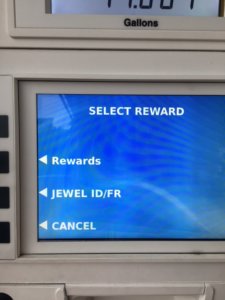 The top of the next screen says “Insert Rewards Card” even though you’ve already noted that you don’t have a rewards card. Thankfully, yet another three button choices await you: Alt ID, Manual Entry/Barcode, and Cancel. 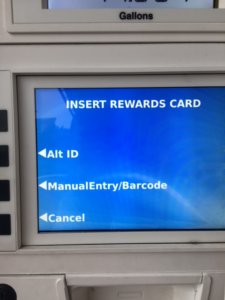 Is this even English?

I’ll spare you the trouble because I spent way too much time going down every option path to figure this out. Guess what an “Alt ID” is?

Why couldn’t the opening screen just have said “Enter your phone number”? It would have saved so many steps and so much frustration.

Phrases like “Easy Rewards or Easy Pay card,” “Jewel ID/FR,” “Alt ID,” and “Manual Entry/Barcode” may mean something to company employees and programmers, but they don’t mean anything to customers.

Paying A Speeding Ticket Shouldn’t Be This Hard

I received an automated speeding ticket in the mail from the City of Chicago (oops!). I immediately paid it, dutifully including the Notice Number on the memo of my check as requested.

About two weeks later, I received another notice in the mail for a speeding ticket with the same notice number and the same amount due. I discarded that one because I knew I had already paid for the ticket.

I then received a second notice, and eventually a third. I tried searching the City of Chicago Finance Department website, to no avail. I then called, waiting nearly a half hour on hold. They told me to email the photo evidence of my cancelled check, which I did (even though I had already mailed the same). I did not receive a response.

When I received a Notice of Final Determination in the mail, it looked pretty serious. A judge had determined my guilt and the fine was doubled. It was the same notice number.

I again called the City of Chicago Finance Department, and again waited nearly a half hour on hold.

On that second call, I finally learned that in actuality, a second ticket had been issued (oops!), and I had only paid for the first one. Both tickets use the same notice number, which the lady on the phone politely explained was “basically your account number.”

So why couldn’t they just call it that?

Worse, they ask you to put the notice number on the check, which is what caused my confusion in the first place. My cancelled check had the same notice number as the second notice that I received for a different ticket. I later learned that it’s the ticket numbers that are different.

So what can we learn from these two experiences?

The gas rewards story is an exclusive excerpt from The Experience Maker: How To Create Remarkable Experiences That Your Customers Can’t Wait To Share (Morgan James Publishing), used with permission. The book is available in all formats on Amazon (affiliate link). Main image by Michael Schwarzenberger from Pixabay.