Former Chicago Cubs manager (and current Los Angeles Angels manager) Joe Maddon became a beloved figure in the city of Chicago, and his frequent quips – dubbed “Maddonisms” – were often quoted on T-shirts and in the media.

Even as the Cubs looked to win the World Series for the first time in more than a century (108 years, if you’re scoring at home), Maddon remained cool at all times. (Spoiler Alert: It worked!) He asked his players to do the same – to treat the post-season as they would any other game, sticking to what had worked all year. 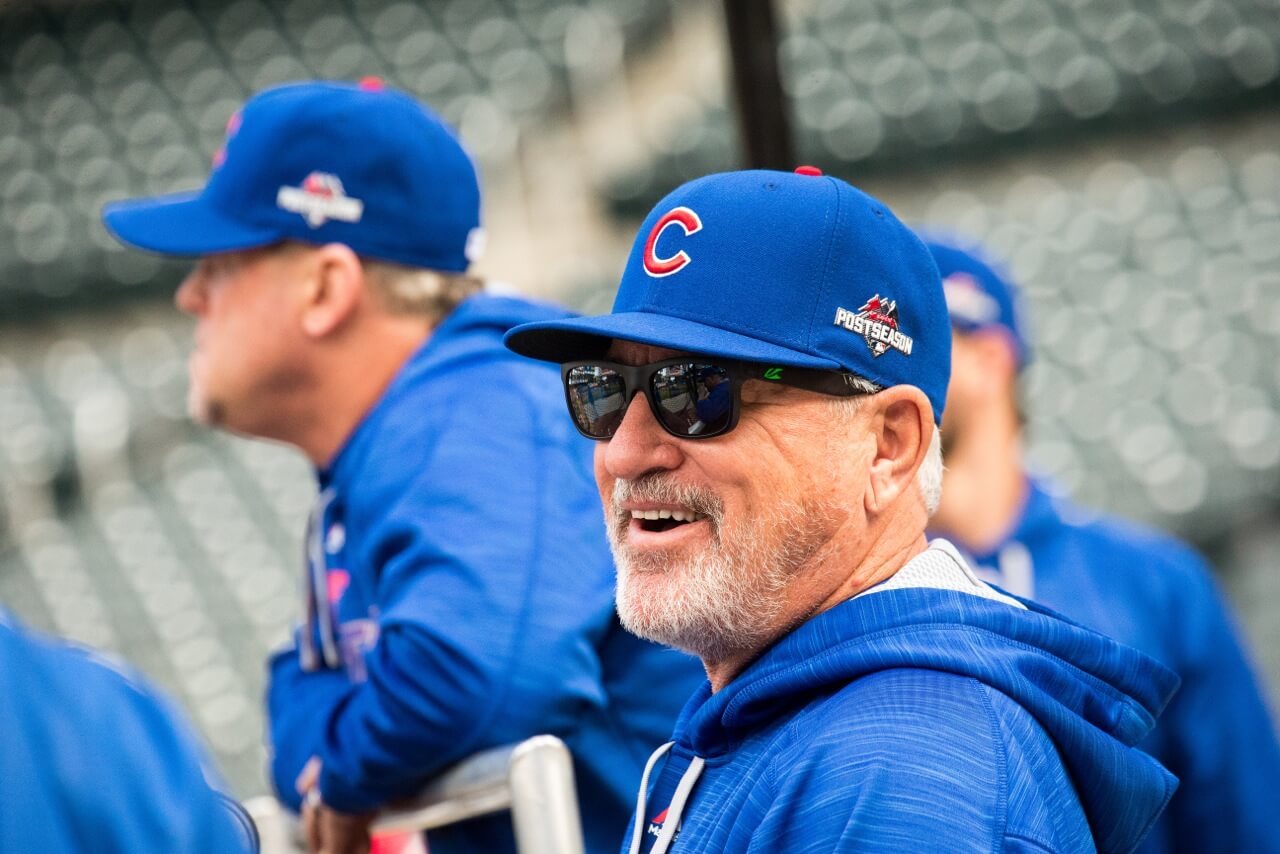 Image: Courtesy of the Chicago Cubs

Here are 5 favorite “Maddonisms,” along with how they apply to baseball and also drive business success:

In baseball, Maddon is talking about always making the routine plays, whether it’s fielding a ground ball, sliding into second, or laying down a bunt.

In business, this equates to making every interaction with the customer easier.

Simplicity is a basic tenet of customer experience, but it’s often overlooked in favor of a company’s outdated rules or procedures. Doing simple better means aiming for the fewest clicks (or taps) possible to complete a digital task, allowing a customer to easily talk to a human being on the phone if they need to, and writing legal terms and conditions in language customers can understand.

This refers to the distance between each base in baseball (90 feet), and how important it is for players to always hustle when they’re on the basepaths. A moment’s hesitation can mean the difference between a hit or an out, so Maddon always wants to see his players running hard.

“Hustle” is similarly important in our professional lives, both in remaining dedicated to the tasks at hand and in building our personal brands. Never wavering on a customer-centric approach is a form of “hustle” too.

The moment we lose focus, deadlines are missed, our customers suffer, and our reputation takes a hit.

The Cubs were picked to win the World Series before the season even started, putting the proverbial target on their backs as other teams chased them. In a bit of reverse psychology, Maddon preaches that his players should embrace being in that position rather than fearing it. After all, it’s always better to be in the lead than to be chasing someone else.

In business, many large, established companies have faltered because they neglected to understand they were the target in the first place. In comes Uber and the entire taxi industry is overwhelmed. We can all live in fear that the next Uber is going to take over our industry, or we can think like a startup and change the game ourselves.

If the psychology is reversed, the power is in our hands.

Maddon is referring to the 1977 song, “Two Out of Three Ain’t Bad” by the artist Meat Loaf, and in baseball terms, he means winning two games of a three-game series. A team that wins 67% of its games will always make the playoffs. (Incidentally, the Cubs had the best record in Major League Baseball during the 2016 regular season and “only” won 64% of their games.)

In business, this could equate to taking calculated risks and being willing to fail, knowing that if you win more than you lose, you’ll likely end up making money. A true “test and learn” culture is always trying new sales or marketing techniques, customer experiences, and emerging technology, knowing that some will work and others won’t.

Take the wins, learn from the losses, and move on.

This one is pretty straightforward. Baseball is a game and it’s supposed to be fun. As soon as it stops being fun, players aren’t relaxed, and they have an increased chance of mental or physical errors.

Likewise in business, we often do our best work when we’re passionate about our products, thrilled about exceeding customers’ expectations, and excited about seeing our co-workers every day.

“Regular” jobs may not be as fun as playing baseball (it is called “work” for a reason), but it’s still critically important to take time out to have fun. Happy hours, volunteer events, hackathons and town halls are all opportunities to build relationships and increase the “pleasure” portion of a job.

Bonus: “You have to have a little bit of crazy to be successful.”

Maddon has been called “crazy” many times, and he embraces the moniker. He held his introductory press conference at a bar and then offered “a shot and a beer” to every journalist present; he’s brought farm animals and magicians to the ballpark to entertain the players, he plans road trip themes and asks everyone to dress up in crazy suits or even pajamas, and he’s implemented unconventional baseball strategies like batting the pitcher 8th in the lineup or asking a catcher to play left field.

Every time, he improves the culture – bringing positivity, fun, and a winning attitude to the team.

And in business, sometimes it’s the craziest-sounding ideas that turn out to be the most successful. Truly thinking outside the box means not asking “if” but always asking “how”. That’s how we evolved from flip phones to touch screens, from VHS players to DVRs, and from mix tapes to infinite playlists.

If everyone embraced their inner “crazy” just a bit, we’d see more creativity, more innovation, and, with a little luck, a couple of home runs.

Postscript: “Try not to suck.”

More than a few people responded to the original post to point out that I had forgotten one of Maddon’s other famous quips, “Try not to suck.” Indeed, he and the team were often seeing wearing T-shirts with this mantra throughout the season.

And as we all now know, the Cubs ended up not sucking in 2016, winning their first World Series title since 1908 by defeating the Cleveland Indians in an epic 7-game battle.

The best parallel to business is probably this: We should all “try not to suck” in the eyes of our customers. High expectations, borne out of social media publicity and the competitive set widening to almost any other company, mean that our customers are depending on us to deliver stellar customer service on a consistent basis.

If we “try not to suck” and never let them down, our customers will remain loyal and maybe even tell their friends about us.

Dan Gingiss is the author of The Experience Maker: How To Create Remarkable Experiences That Your Customers Can’t Wait To Share. The book may be ordered on Amazon or your favorite bookstore or online retailer.