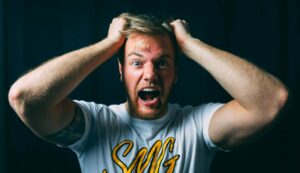 NPS Detractors, the Net Promoter Score (NPS) survey respondents who rate your business between 0 and 6, are typically referred to in a negative light.

This is because they’re the most likely customers to churn if they have the chance.

But what you don’t hear is that they’re also your most valuable.

Before we jump in, let’s discuss who NPS Detractors really are.

A Detractor is someone who leaves a score of 0-6 on the NPS scale when asked the simple NPS question:

On a scale of 1-10, how likely are you to recommend our service or product to a friend or colleague?

But when you take that question away, what do they really represent?

Not the characteristics of anyone you’d want to be affiliated with your brand, or so you thought.

If Detractors are handled well, they’re your ticket to success and to future Promoters.

NPS Promoters vs. Detractors vs. Passives (vs. Non-Respondents)

Let’s look at what the data says about Detractors versus other NPS categories.

Many suggest considering Non-Respondents as Detractors to get a realistic understanding of your customer’s health as an absence of signal should be considered a high-risk signal itself.

Related: Being Responsive To Customers Is The Secret To Loyalty

What New Evidence Says About Detractors

We love data that challenges what customer experience (CX) professionals have always believed.

New evidence surrounding Detractors is changing the industry’s view on this group, and proving to be much more valuable.

The learnings are in and they show that Detractors…

Did you know survey respondents who are Detractors leave a reason for why 64% of the time?

That’s more than DOUBLE your Promoters.

This shows us that although Detractors are annoyed, they’re invested and way more willing to share their experience in hopes it gets resolved than others.

An upset engaged user is still engaged, and in this case, results in spending more time pointing out room for improvement.

The new evidence shows that Detractors spend 36 seconds longer completing their surveys than anyone else.

Even though they’re not happy, they’re finishing surveys compared to Passives who are likely to ignore it.

The average word count for Detractor’s comments is 37, with Passives at 24 and Promoters at 17.

So, not only will Detractors speak up and spend more time completing your surveys, but they’ll go the extra mile to give as much detail as possible.

What do all 3 of these things pair to in the world of CX? Value.

How to Turn NPS Detractors Into Promoters

Let’s look at five different ways to evolve your biggest churn risks into your strongest champions:

High-value accounts that leave Detractor scores need to be followed up quickly, ideally with a C-Suite member picking up the phone. The respect this shows is important to angry customers and, if their advice is listened to, they may flip them to Promoter.

This is critical and a step you’ll want to repeat often.

The more feedback you have the better you can improve the relationship with that account and focus on improving your most important accounts. One way to do this is by closing the loop—here are 10 more ways to improve NPS response rates.

Professionalize your closed-loop feedback system with a case management system like CustomerGauge. A tool like this makes it simple for frontline teams to close the loop, and account managers can even do so on the go from their smartphones.

P.S.: NPS best practices dictate you should close the feedback loop in <48 hours for the best results.

4. Conduct an NPS Root Cause Analysis

If you’re case managing issues that can be handled quickly by frontline managers, it’s time to turn to your company-wide CX improvements. Since they rely on other departments these changes can be trickier to make happen.

Try using these three NPS analysis methods: competitor benchmarking, driver analysis, and verbatim analysis and use them to build evidence to present in front of other teams.

We suggest linking your customer account revenue data to their experience feedback. Why?

To easily understand the financial risk of Detractors and the ROI of converting them to Promoters.

It goes without saying that this data is extremely effective at convincing the C-Suite to invest in your experience efforts.

Detractors & Promoters Are Both Valuable

Although known for their bad rep, new evidence has proved Detractors to be a valuable asset to business growth.

If you only have people praising your brand, how can you identify areas to improve NPS?

It’s crucial to assess your NPS survey data, analyze the feedback, and quickly close the loop with all accounts.

By doing this, you’ll be well on your way to turning those Detractors into prized Promoters.

Photo by Ryan Snaadt on Unsplash.

Additional reading: The Best Way To Focus on Customer Experience Is To Follow Mom’s Advice

Actionable tips, valuable content and exclusive insights on how companies are creating remarkable experiences to stand out from the crowd.