Emoji Meanings: Does That Emoji Mean What You Think It Does? 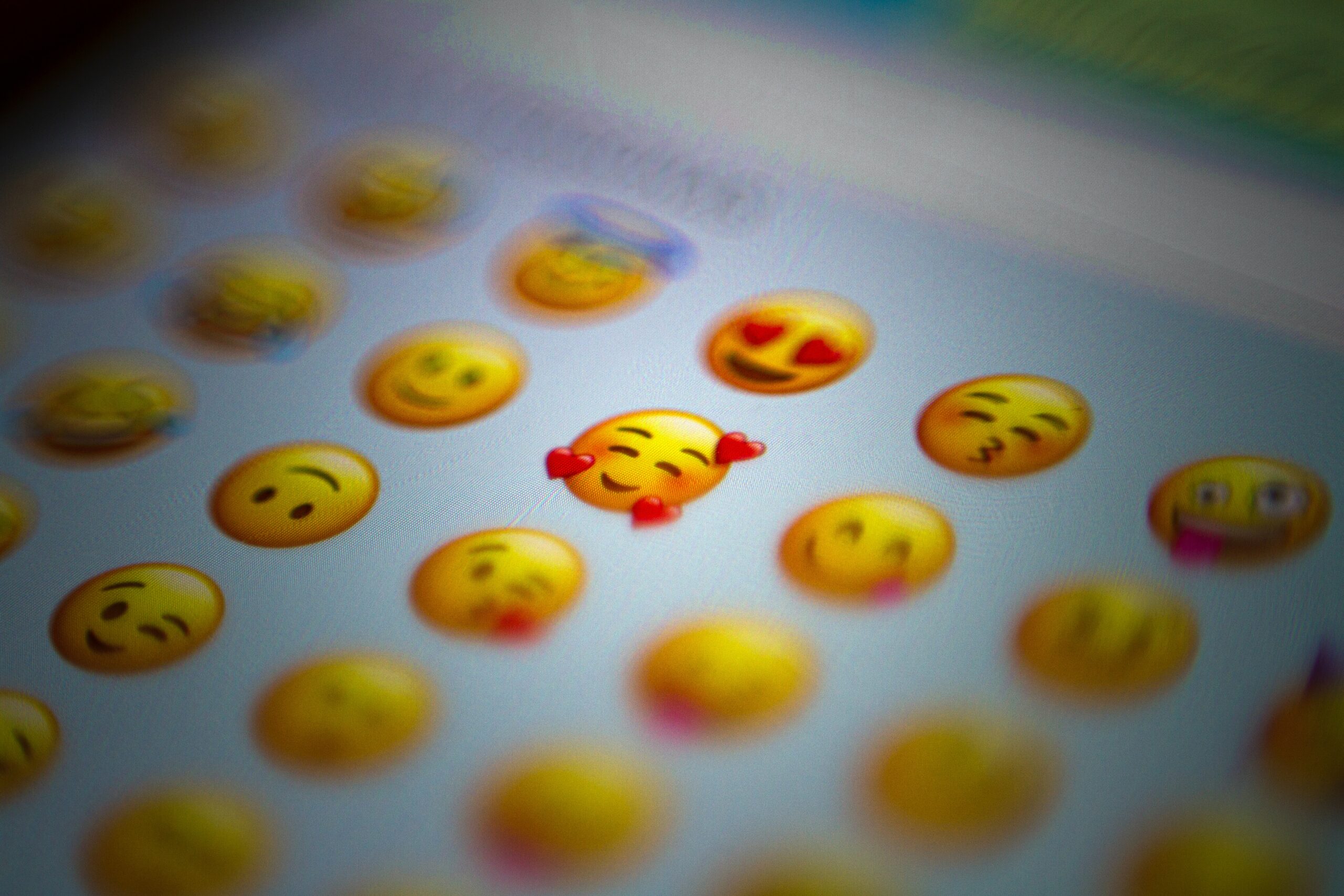 Ask a bunch of people about emoji meanings and you might get a bunch of different answers – especially if those people represent different generations.

Emojis – those ubiquitous icons on our phones and in social media meant to convey a whole array of feelings – have taken on new meanings for millennials and Gen Z users. And if you aren’t paying attention, you or your business risk appearing old school and out of touch.

In Episode 176 of the Experience This! podcast, I quizzed my co-host Joey Coleman, a Gen X’er, and my son Mark, a Gen Z’er, on emoji meanings. Their answers were remarkably different. (More on that in a moment.)

NPR’s Ayesha Rascoe recently investigated the apparent death of the thumbs up emoji, although it turns out that reports of its death may be greatly exaggerated.

Rascoe’s radio segment features a father discussing certain emoji meanings with his 13-year-old daughter and running into some confusion – not unlike when I talked with Joey and Mark.

She then spoke to Susan Herring, a linguistics professor at Indiana University who specializes in digital communication.

Herring says that a lot of emojis that Millennials used, or even Gen X’ers used, have been “bleached of their impact” by Gen Z’ers. She continues: “So now they need something that has a stronger impact, that’s more outrageous or more over-the-top.”

In other words, emoji meanings are fluid, and can mean different things to different people. Since understanding your customers is a critical part of customer experience strategy, knowing the different interpretations of emojis by generation is important in crafting your organization’s communication strategy.

Herring notes that this is pretty typical for young people since well before anyone had even heard of an emoji.

“It’s characteristic of what young people do with language,” she told NPR. “They’re always generating new expressions and new words and new ways of speaking to distinguish themselves in opposition to other groups that are perceived as being out of it or square, as we used to say back in the day.”

Yep, “square” kind of gives away Herring’s age, much as the perception of certain emoji meanings do.

MARK (Gen Z): It’s kind of like a dry response to when you think something is good. Like you don’t care enough to say words about it. You just use it to kind of end the conversation abruptly.

Commentary: Older generations see “it’s good” or “A-OK.” But as Mark explained, younger generations think that there’s an element of sarcasm in there, like, “I don’t have enough time to respond to this” or “I don’t really care.” So to them it’s more of a throwaway emoji, whereas older generations use it much more often and with a much more positive intention.

JOEY (Gen X): One of two things, either dead or some type of a Halloween reference.

MARK (Gen Z): I feel like the skull emoji kind of replaced the laughing emoji. It’s used after a joke or in responding to a joke, [to say] you thought it was funny.

JOEY (Gen X): Either that’s funny or like a sarcastic “you’re clowning me.”

MARK (Gen Z): Clown face emoji is used as an insult to call someone a clown.

JOEY (Gen X): I’ve got to admit, I’m not sure because I use the one that has like the little water droplets going down the face, which I think could potentially mean the same thing, which is like, I’m laughing so hard, I’m crying loudly.

MARK (Gen Z): Crying face emoji is kind of used like after a joke or in response to a joke to kind of show that you think it’s funny. Or sometimes it can be used to taunt someone.

JOEY (Gen X): I’ve got to admit, I’ve never used this emoji. If I had to guess, it would be something like “I’m laughing at the exercise I’m doing.” I don’t know. I have no idea. I’m showing my lack of emoji knowledge on this one.

JOEY (Gen X): Like, here’s hoping. Here’s praying that it works out this way.

MARK (Gen Z): So this is like the “prayers up” emoji. You use it if you’re wishing someone good luck or happy birthday or thanking someone even.

Commentary: I always thought this one looked like hands that were praying. Mark did reference praying, but he said referenced “prayers up” which is not the way that I might think of prayer. Even more fascinating: Millennials look at the folded hands emoji and see a high five. After all, it’s two hands that are coming together. Many people just assume that it’s two of the same person’s hands. Millennials see two different hands. Others use the raised hand emoji or the raising hands emoji to represent a high five.

MARK (Gen Z): The fire emojis is kind of self-explanatory. It’s like, “that’s fire.” Like, that’s cool, that’s nice. When someone does something good, you put the fire emoji to show that you’re proud of them, and that it’s fire.

Commentary: Maybe it’s not so self-explanatory?

JOEY (Gen X): I think of googly eyes when I think of this one. Whatever was just written or said in the thread is shocking. Like whatever it’s looking at is some shocking. “Oh my gosh, can you believe that?”

MARK (Gen Z): The eyes emoji can be used when you think something’s important and you’re kind of eyeing it. Or again, it’s if someone does something good. You put the eyes emoji to show you’re watching them, like “all eyes on” them.

Commentary: Millennials refer to this one as “I’m listening.” So even though it’s eyes, not ears, it refers to listening or paying attention.

Related: Viewing The Customer Experience Through Your Customers’ Eyes

Commentary: Millennials often use this emoji to mean FML, or f**k my life.

(Not to be confused with the kissing face with heart emoji.)

JOEY (Gen X): I’m glad you clarified that, because I use the one that I would almost call the “blowing kisses emoji” that has the little heart. I don’t even feel like I would know that it was kissing if you didn’t tell me it was kissing because of the way the mouth is created. I don’t know. Maybe like [makes sound of kiss] “love you,” that type of a sound effect emoji.

MARK (Gen Z): The kissing face emoji is like a sign of affection within friends. You’re going to send it to show affection.

So what can we learn from this exercise?

First of all, there are no wrong answers. Everybody is using emojis in the way that they want to and the way their generation understands them.

But it’s really important that organizations understand which generation(s) their communication is aimed at, one generation might interpret one thing while another might interpret something completely different.

Pay attention to your customer base and how they communicate. You don’t want to be that brand that misuses an emoji in email or social media and alienates an entire generation of customers. Understand and even appreciate that the different segments of your customer base may speak or text differently.

And as with most things, companies need to be where their customers are on this, not the other way around.

So is the thumbs up emoji dead? Nope. It just gained a dose of healthy sarcasm.